I discovered Alithia when I travelled in late autumn of 2017 in Budapest for Leprous and Agent Fresco show on A38Hajo. Till then I knew little about this Australian cosmopolitan band, but I quickly realized that this group is so cool in musical approach, so nice and so friendly after the concert, and I became fast a friend and a fan of them.

I started to listen them intensively and found their 2 EPs from the beginning, compacted later into one album, released in the time of Budapest show, called “Electric Addictions”, but also their first album, “To the Edge of Time”, from 2014, a true masterpiece, a great collaboration between a lot of beautiful artists, among them finding Cvetan Hadzsiyski from art rock Bulgarian band smallman, one of my all time fav band from the Balkans Area. 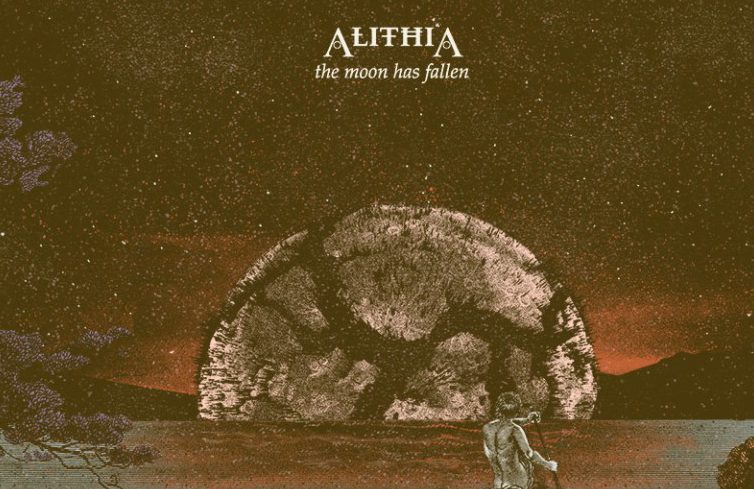 So, when they released their second effort, at the end of last year, “The Moon Has Fallen”, I asked myself if this one are going to surpass the beauty of “To the Edge of Time”…and they did it! They travelled back in Romania at the end of last autumn, supporting Shining from Norway, another crazy great avant-garde band, and for me were the perfect motivation to see them again after one year. The concert was great and their performance majestic and truly captivating. I bought their t-shirt and received instead the CD with the last album as a gift, and I expressed my wish to make a review of this magnum opus art rock of 2018, in a year so poor in prog releases, this album came as a cloak.

The band consists of six fully members, plus one special guest, invited to take part only on tours. With Tibor Gede (the main composer) on bass duties, and also a half Hungarian at origins, a smart and kind person, with the friendly Danny Constantino on keys, piano and additional voices, with the exotic Jeffrey Raul Ortiz Castro on tribal percussion, second voice and additional keys, with the one and only hopeless romantic with a voice of gold John Rousvanis on vocal and some guitar parts (and also the main lyricist for the band), with the wonderful drummer Mark Vella and the crazy newcomer talented boy Nguyen Pham on guitars, plus the touring guitarist Tristan Chu, Alithia, as a whole, is quite an unique band indeed.

The album was released at Wildthing Records and consists from 8 songs with a total length of approximately 48 minutes of quality music. It was recorded at Artracks Studios in Athens, Greece, mixed at Inventions Studios in Melbourne, Australia and mastered at 360 Mastering, London, UK. The album artwork was made by Error! Design and is a visual “capodopera”, representing two Greek columns suspended in the air with two planets on top of them, looking similar to the Pillars of Universal Creation, and behind them sits the Omniscient Eye. Also, the album cover represents a weird psychedelic avant-garde vision of a fallen stylized moon.

The album opens with the longest piece, “The Sun”, an almost 11 minutes of psychedelic romantic manifesto, with a smooth intro and then a fierce progression of the song. John voice it’s at finest, asking rhetorical “if you ever be the one, if you’ll ever see the sun, you’ll be calling me forth”, somehow he trying to put you in a state of unconditional love, because he continues with “if you’ll ever be the one, you will see the sun”, the sun in these verses personifying his infinite love, a pure love that only “heaven knows it”.

Next stop is “Empress”, my fav song on this album, and also one of the 3 singles released by the band before the album see the light of day. The instrumentation is colossal and intricate and in the same time so melodic, tribal percussion of Raul is all over the place and Mr. Rousvanis tell us about his Empress of his soul, who is “the only thing that’s real”, transcended all and to have her, he sold his soul “for a piece of gold and a friend”. Epic indeed!

Then “Diamonds”, another single and also another catchy song, with an outro so majestic that remains in your mind for such a long time, and a vibe more aggressive than the rest of other songs, makes this piece to be the most prog metal part of this album. It’s the “systematic revolution” of “clearing paths to straight ascension”. You must to “let it hurt you”.

“Blood Moon” follows in a softer mood, with a powerful touch of pop and ambient music, telling us that “40,000 years have past and we are the ones who walk alone” and in all this time we “can die a 1,000 lives and we could live a 1,000 lives”, but all we need is just “a second to laugh it all away”.

Next song, “Three Eyes” continues in the same note with the last song, but telling us about the poor condition of human being, that chase after fortunes and give power to “destroying religions” that proclaiming “war and destruction” everywhere and to heal of all of these you must to “heal the heart”, to feel the heart, “heart is in your soul, heart is in your kindness” and “letting it flow, right down through your bones”.

“The Knife” is the shortest song on the album, and it is another love song, also functioning as an intermission of the album. 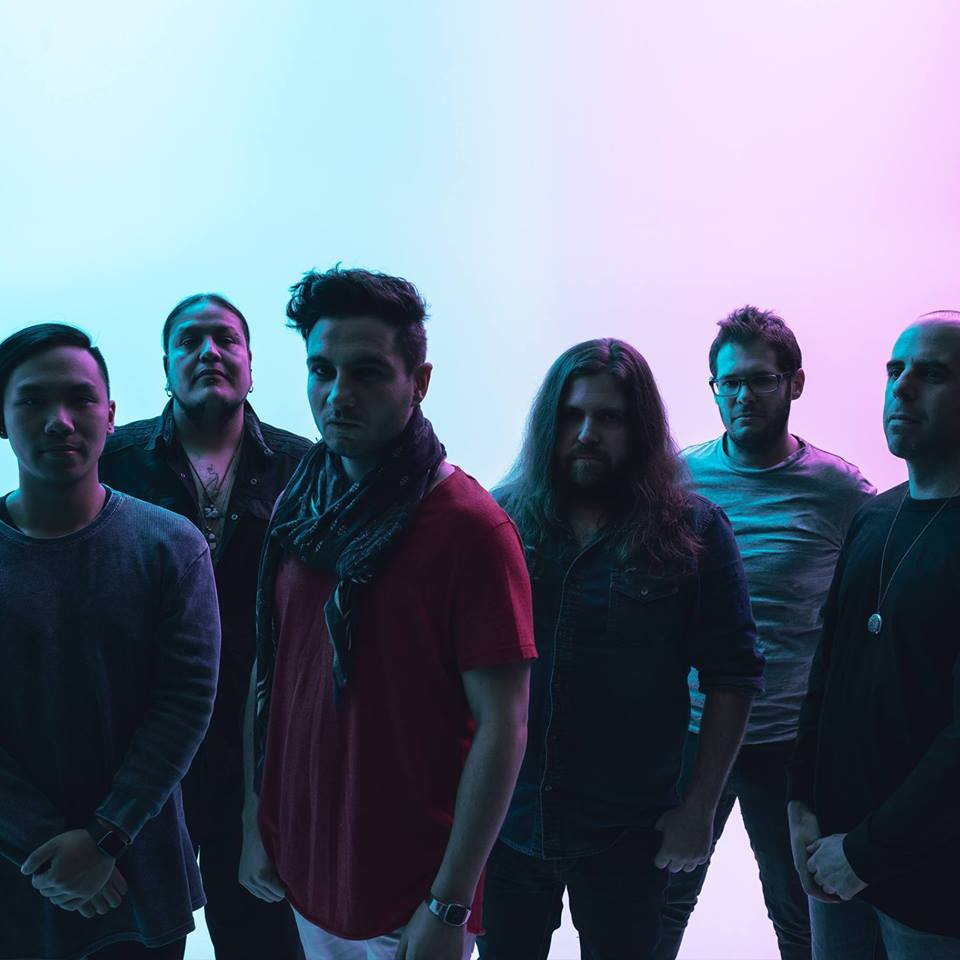 “Breathe” is probably the most powerful and complex song of the album and it’s also one of the magnum opus of this fantastic band, with a remarkable ending, so clear and complex, with all the boys give 110% to create something really great. John’s voice is perfect and the art rock takes its toll! This song practically resumes all the songs and all the verses from this album, is like a recapitulation made by a pattern figure to his son, ready to enter in the life full of passion but also without control and knowledges, but, if he going to guide after his heart and if the love will be the empress of his soul and the truth will be his king, all are going to be wonderful!

The last song, “Faces in the Leaves” conclude this masterpiece with an astral message of an escapist soul, who travels over the seas and oceans and sees the faces and the stars and the only solution is to “dreaming forever” and when you started to think that you are forever the dream reminds you that it will not last forever, moment when you’ll gone and you’ll throw it all away, because you are so evanescent, we are all mortals and dreams are only made to believe that we could rule the whole Universe, even for a fraction of time.

Maybe “The Moon Has Fallen” is not that kind of conceptual album, but it has strong messages full of wisdom of the heart, truth in the spirit and beauty within our souls. I will give this album a 9+ from 10, because it’s so intense, it’s so full of shared love with the listeners, it’s a true milestone of art rock and modern prog genres, being at the same level as “Destrier” of Agent Fresco, “In the Passing Light of Day” of Pain of Salvation, “Malina” of Leprous, or “The Ocean at the End” of The Tea Party.